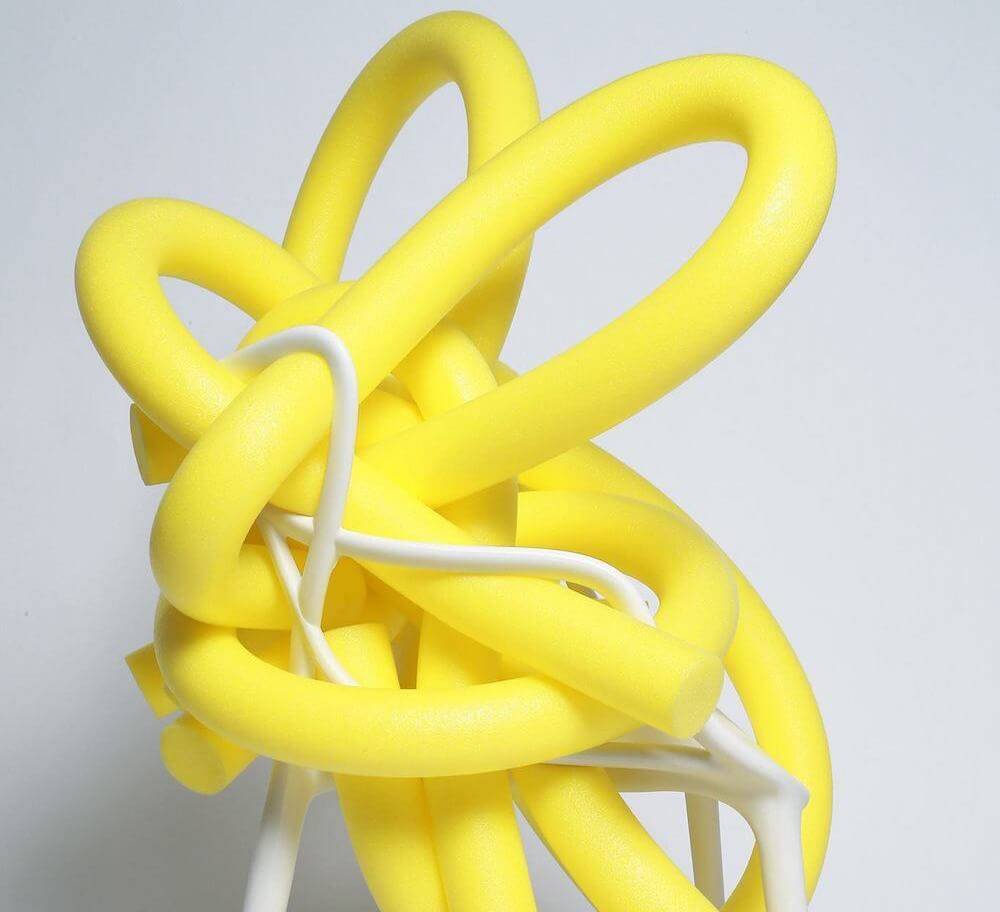 The Big Doodle is Adrein Fregosi's reinterpretation of the Kartell Masters Chair, and features a 'doodle' of flourescent yellow tubing, woven through the chair's linear form.

More than two dozen Kartell Masters Chairs were recently reimagined by a roster of international creatives to help raise money for two French charities—and the results ranged from the playful to the ethereal to the downright puzzling.

A 2009 design by Philippe Starck and Eugeni Quitllet, the Masters Chair has become a contemporary furniture best-seller. Created as an homage to 3 famous Mid Century modern chairs—Arne Jacobsen's Series 7 Chair, Charles & Ray Eames' Eiffel Chair, and Eero Saarinen's Tulip Chair—the Kartell Masters Chair ingeniously merged the outlines of the three design icons into one linear profile. The irony of a design reinterpretation itself being reinterpreted was, no doubt, Kartell's incentive to lend this particular design from their extensive catalogue to the cause, and the chosen designers—Starck and Quitllet included—put their marks on the original design, with abandon. The one-of-a-kind Masters Chairs were auctioned on Feb 9 in Montpellier, France, to raise money for two local charities—Guilhem Fund and AMPA Association—devoted to pediatric health initiatives and Alzheimer's research, respectively.

Befitting the broad creative disciplines represented by the participating artists—architecture, illustration, industrial design, sculpture, and more—these customized Masters Chairs were disparate in their final results, with some artists choosing to leave the chair's original form fully recognizable, while others opted to obliterate it entirely. French architect Jean Nouvel chose the later, completely covering his Drapée chair in a voluminous yellow and black fabric, creating, he explained, "...a tribute to the drape...a large cover that fits and transforms its physiognomy, it envelops the body and invites you to sit down." Christophe Pillet, no stranger to the art of contemporary chair design, created a predictably refined version, choosing to paint his Beetle chair a gleaming, iridescent blue, presumably to mimic the rich coloring of a beetle.

Having the most fun with this project may have been illustrator Adrien Fregosi, who happily created a bright yellow 'doodle' of neon tubing for his version of the Kartell Masters Chair.

Going a more reverential route was artist Jérôme Brunei, who gave his all-white Paradise Masters chair an angelic twist, decorating it with wings of ethereal white feathers. Having the most fun may have been artist and illustrator Adrien Fregosi, whose The Big Doodle chair featured neon yellow tubing woven through the chair's open latticework. The Master Chair's original designers, Philippe Starck and Eugeni Quitllet, weighed in with somewhat less inspired versions, Philippe Starck inserted a Tulip pedestal base under his Masters Throne, noting, "The great masters deserve a throne," and Eugeni Quittlet, puzzlingly, adorned his chair with fluorescent tubing.

Personal taste aside, all 30 chairs were snapped up at the February 8 auction, held at Montpellier's RB Design Center, raising more than $35,000 in service of two worthy charities. 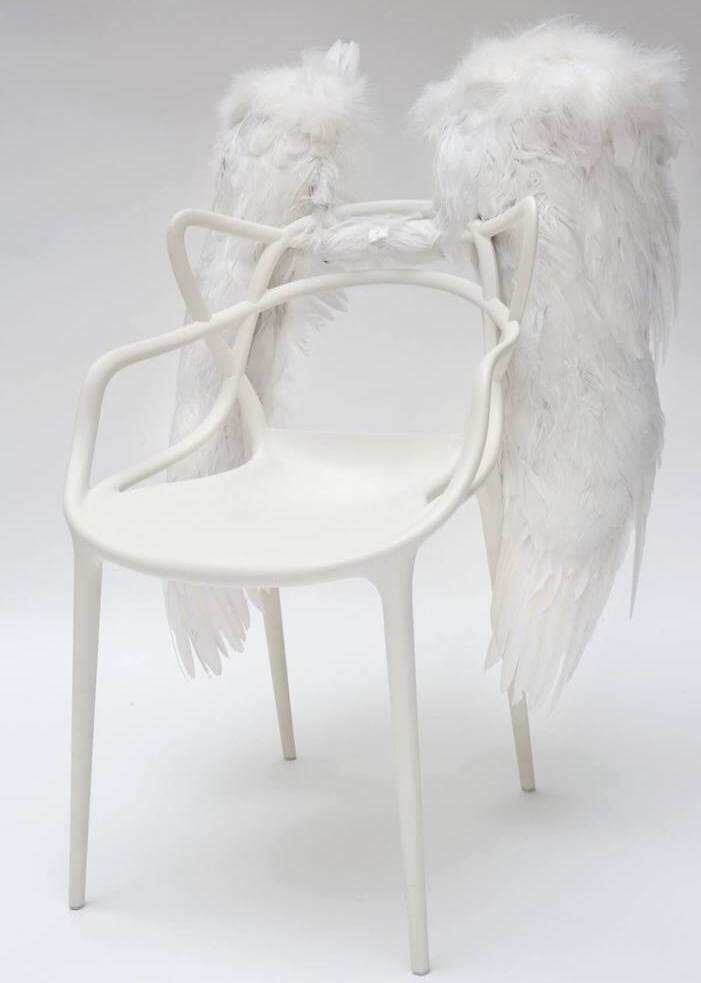 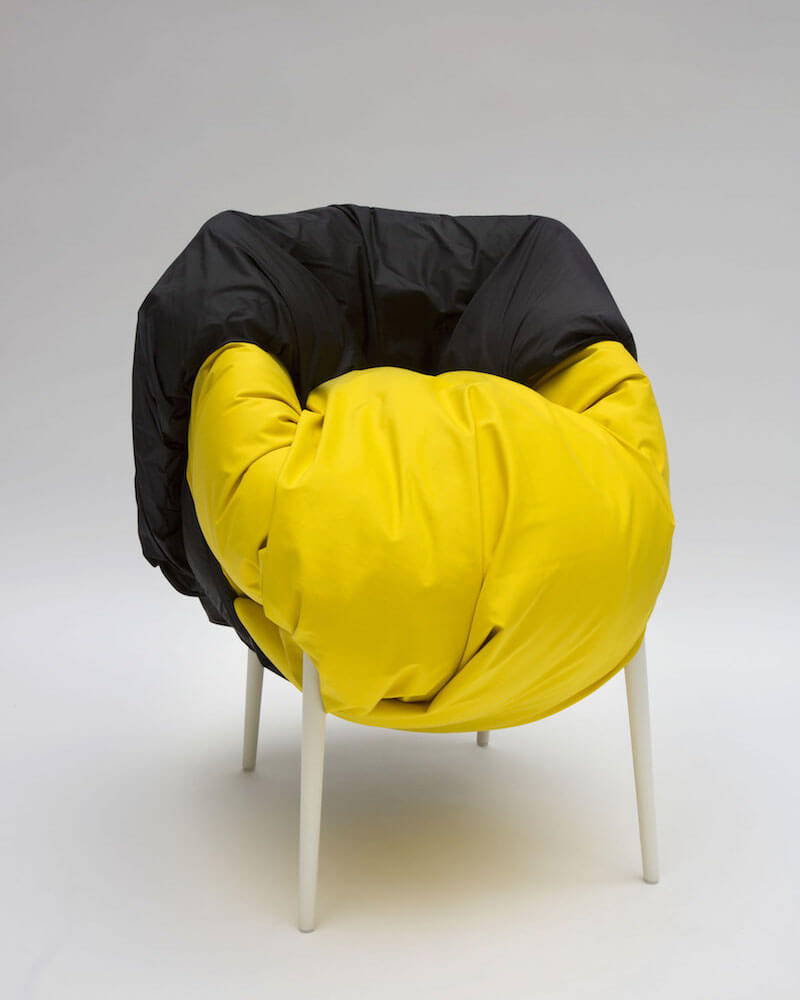 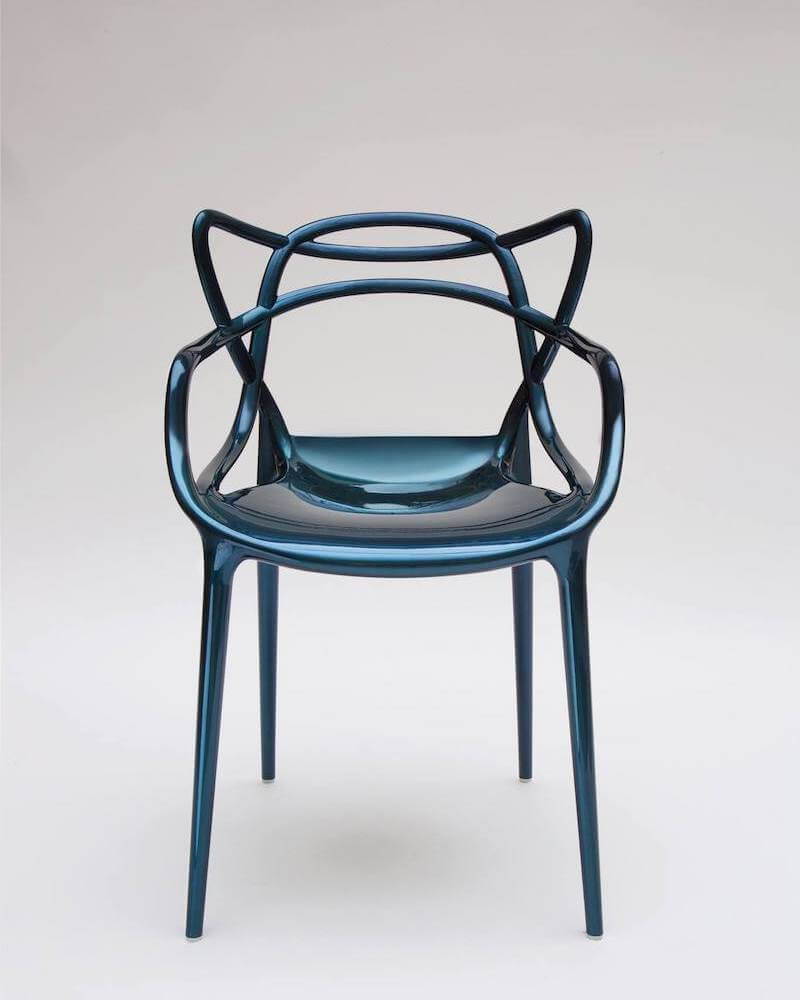 The TWA Hotel: A Glorious Escape In An Age of Inelegance
TWA Hotel, an exquisitely appointed, 512-room revelation— appended to a Mid Century masterwork, ravishingly restored and refurbished—is equa