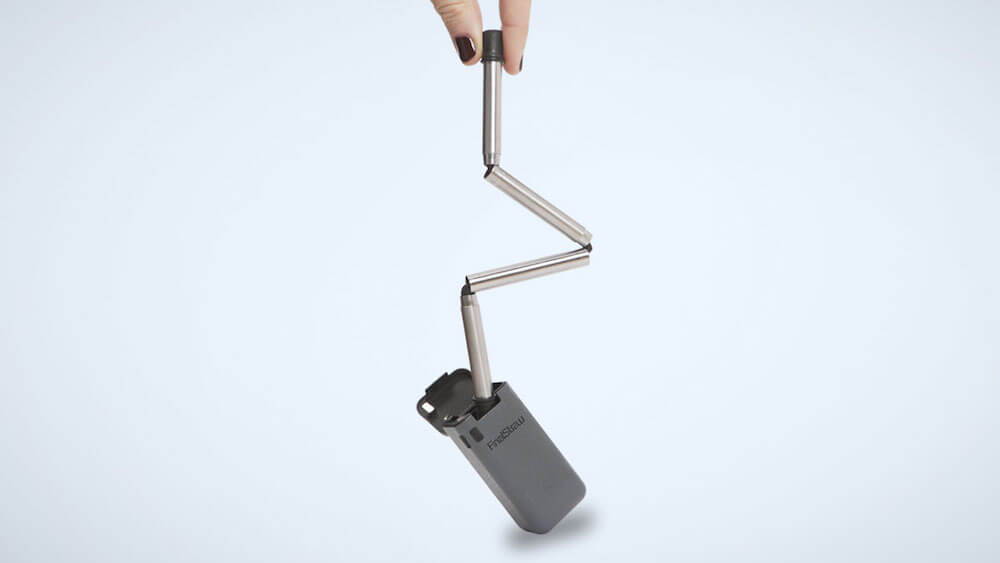 FinalStraw, a collapsible, reusable drinking straw, folds into a case tiny enough to hang on a keychain..

I n the grand scheme of plastic pollution, the role of the plastic drinking straw may seem superfluous, but the depressing fact is that straws wreck their own special havoc on the environment by being ubiquitous, highly disposable and light enough to find their way to faraway crevices and distant waterways. According to Strawfree.org, a San Diego activist organization, more than 50,000 straws are discarded daily in the United States alone, resulting in a waste problem egregious enough for cities from Seattle to Fort Myers, FL to have passed ordinances that ban or limit the use of straws in restaurants and other food establishments.

Enter FinalStraw, which in addition to having smartly co-opted the perfect name, is aiming to tackle the problem of single-use plastic with a portable, collapsible, reusable device that's "clean, compact, and totally badass." The brainchild of Emma Cohen and Miles Pepper, a team with experience in both environmental and creative fields, FinalStraw is banking on its appeal to design and gadget buffs, never mind the eco-minded set, owing to a patent-pending collapsible design made from stainless steel, which folds into a tiny case (available in 5 colors), and niftily springs into full size upon being set free from its case. If a conversation-starter design is what Cohen and Pepper were aiming for, they seem to have hit the mark.

Whether or not anyone is likely to carry around and use FinalStraw is another matter altogether—after all, no one carries around their own cutlery to Starbucks—but any effort to combat plastic pollution should be taken seriously. A single FinalStraw, according to its creators, has the potential to keep 584 straws from landfills and waterways, and judging by the funds generated to date on Kickstarter, lots of people are on board with getting rid of straws altogether: the campaign, which sought to raise $12,500, has garnered pledges nearing 1.5 million dollars. Diana Lofflin, the founder of the StrawFree.org sees the value in starting small: “Giving up plastic straws is a small step, and an easy thing for people to get started on. From there, we can move on to larger projects.” 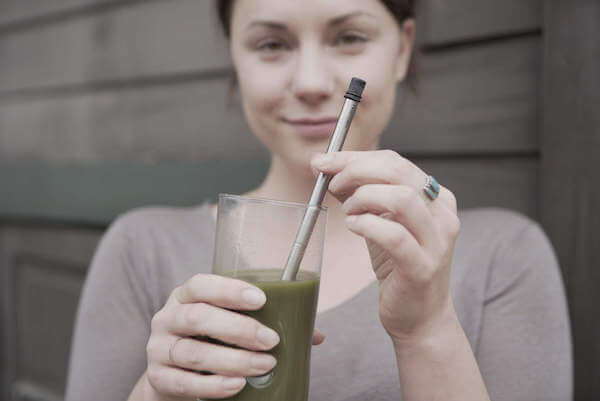 One FInalStraw has the potential to keep 584 straws from landfills. 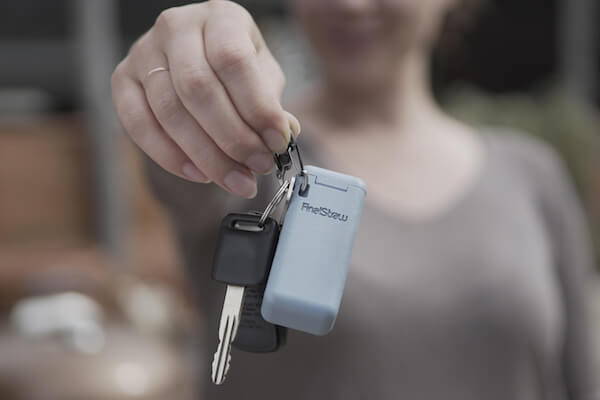 FinalStraw's case, made from 100% recycled plastic, will be available in 5 colors..

Addressing the issue of disposable plastic straw pollution, the creators of FinalStraw, have arrived at a drinking straw that's "Clean, compact, and totally badass: For anyone who wants to rid their lives—and the planet—of single-use plastic."